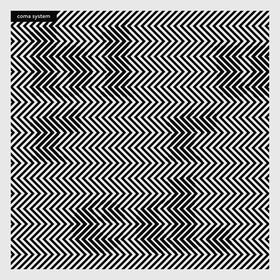 COMA SYSTEM from Graz throw their full-length debut album “Blurred” into the leafy and chestnut pile and ensure a perfect, gray autumn. The comparison is extremely difficult with such a rather idiosyncratic work, the following influences were attested to the band from outside: Isis, Voivod during the "Angel Rat" phase, very early Pink Floyd and a touch of Tool. Comparisons that the band would probably never presume.
Founded in 2018 in Graz, the trio of guitar, bass and drums moves in the broadest sense in the wake of experimental post-rock, loaded with effects and in unconventional structures. Repetitive and powerfully played bass lines blend together with an imaginative and powerful percussion with the meandering, tugged-cutting guitar that meanders between splits and riffs. Above this, intuitively elegant, often multi-layered vocal lines, ranging from whispers to screams, condense the emotional complexity of the music. The lyrics look at the everyday inner
turmoil of people and reflect subversively on the prevailing systematics of modern life. After all, the essentials are not forgotten: it's loud, it's raw, it's wild, it's rock'n'roll.

For a first impression there are two singles as videos: